3 Locations to Serve You!

Haver’s Auto Repair in Omaha, Nebraska, knows perspectives change as you age. Take “suspension” for instance. When you were a kid, suspension was a really bad thing, meaning you had been dismissed from school for poor behavior. Similarly, you learned quickly in Driver’s Education that traffic offenses could lead to a driver license suspension. Not good. Once you had become owner of your first car, however, suspension suddenly became not only a positive element, but also important — even if you didn’t know the name of it. That’s because a vehicle’s suspension system is responsible for the comfort and handling of your ride. It performs a balancing act between easing the jolts you would otherwise experience as your auto travles over rough surfaces (which makes your experience better by helping the tires hold onto the road surface) and taking corners well. Thus, the perspective quickly shifts from a sour taste of suspension to a sweet treat that makes your travels better.

Floating on a Cloud

No matter which suspension your vehicle has, floating across bumps as if traveling on a cloud is certainly better than a jarring ride that rattles your brain as you drive. These systems fall into two basic categories — dependent and independent. The names describe the capacity (or lack thereof) of the opposing wheels’ ability to move independently of one another.

Dependent suspensions are connected via a single rigid beam (axle) that is rigid meaning that as one wheel moves, the other does too. These systems differ in the configuration of longitudinal and transverse linkages. Without getting too technical, the types and locations of linkages as well as the use of sprung or unsprung weight bearing are related to the amount of wheel bounce experienced. Choices of components and configurations are also often dependent on the amount of weight the vehicle is designed to carry.

Independent suspensions allow wheels to move more freely in relation to one another. Thus, the wheels do not necessarily remain perpendicular to the road surface at all times, particularly in turning, braking, or when hauling varying load weights.

As you might guess, a semi-independent suspension is a combination of the two major types where the wheels have a greater range of motion (not just perendicular), but one moves in the direction of the other in unison.

When your vehicle suspension gives you a great ride, you might think you’re riding on a cloud near Heaven. Actually, that fabulous float over all the bumps along life’s highway might be the result of you bringing your auto to Haver’s Auto Repair in Omaha, Nebraska. We look forward to seeing you soon for service and repairs that will have your car performing at its best.

By Haver's Auto Repair on April 5th, 2021 in Suspension Repair

3 Locations to Serve You 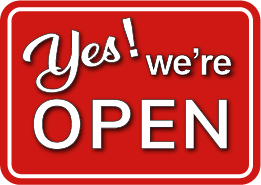 To Our Valued Customers!

As you are aware, we are now under a mandate to wear a mask or face covering when out in public. With that in mind, and out of concern for the safety of our customers and our staff, until further notice, the customer waiting area will be closed.

All 3 of our locations remain open to serve your auto service and repair needs, we are only accepting drop-off appointments. We recognize that this is an inconvenience, and we are hopeful that this will only be a short-term solution.